Home » How to break your self-destructive habits and live a happier life!” 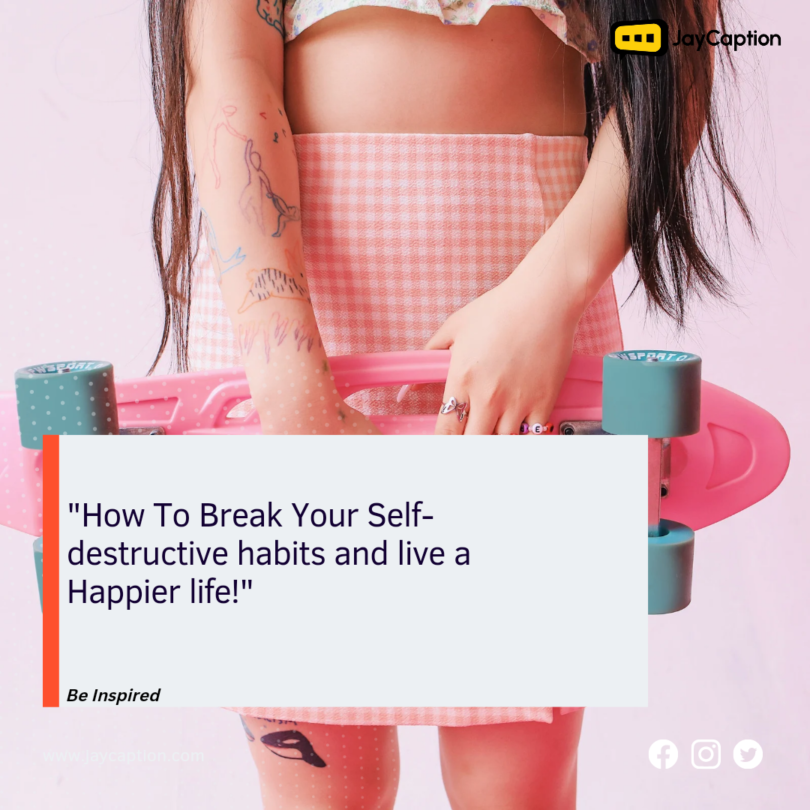 How to break your Self-destructive Habits and live a Happier life!

If I did tell you, that saying “no” to everything is among self-destructive habits or behavior to break out from will you believe me? Wondering right? Here’s what you need to realize.

After a few weeks of meditation and self-therapy, I come to understand some self-destructive habits that we generally do. Most times, you try controlling yourself from these habits but you still succumb to them. I also find out that these self-destructive habits are a result of everyday activities or experiences we pass through. For example, “Mrs. Selina was complaining a lot about her child being addicted to licking sugar. But on the contrary, she bakes a cake for her child every day”. Now from her storyline, you see the child’s addiction to sugar is due to daily experience.

The uncomfortable part about these habits is how it affects us in the long run. The after-effects are more of a reason why we need to stop and quit these self-destructive habits. When you engage in self-destructive conduct, you do things that injure you physically, mentally, or both. It can be anything from a little annoyance to a life-threatening situation. You’re probably doing anything self-destructive if you believe you’re doing it. You are not obligated to live in this manner.

Self-destructive habits are ironic in that we resort to them to ease stress and make ourselves feel better, yet they almost always make us feel worse. You may not only feel physically unwell after overindulging in food or drink, but you will also likely feel guilty and disappointed in yourself for failing to set and follow boundaries. This merely adds to the stress in your life and encourages you to keep doing what you’re doing. In this article,  I will be discussing 5 and more than 15 other self-destructive habits that are devastating your life and how to break them.

In my quest on self-destructive habits, there are some others words ( synonyms) it’s known for / you can associate it with. This includes; self-defeat, amoral, irrational,  uncreative, nihilistic, delusional, sociopathic, narcissistic, and self-centered.

Read also: 7 Principles Most People Take A Lifetime To Learn

Self-destructive Habits and how to fix them.

Self-destructive habits such as criticizing or chastening or condemning are never good ones to be addicted to. We are all humans and we are bound to make mistakes in one way or the other. So criticizing people in every little situation of life is bad and can affect you in many ways. Frequently, criticism is delivered in the style of “you always” or “you never” remarks. When a complaint is conveyed as a character fault, it is called criticism. 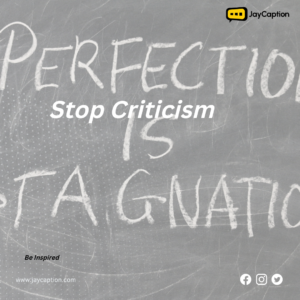 How do you fix this habit? you can stop criticizing by trying these tips Being realistic, Looking for the positives. Considering when you need to say anything at all, Asking directly and respectfully for what you want, and managing your anxiety and stress.

P.S: Here is what you should know whenever you start writing or talking about anyone think of your flaws. Think of how you would feel when you know someone is writing the same about you! Will you be reading or listening to it? So, stop it immediately, if you’re a criticism breed. Instead, focus on yourself and build up your flaws because no one can be better.

This is currently a general issue. Due to anxiety, stress, incident, and depression. Overthinking may become ingrained to the point where you don’t even realize you’re doing it.

Begin to pay attention to how you think to become aware of the issue. Recognizing those reliving events in your head or fretting over things you can’t control isn’t beneficial.

Overthinking can be a real issue for some people. It can lead to a lot of negative thinking and can make it difficult to make decisions. It can also lead to feelings of anxiety and stress. Though there are no specific admits on how to stop overthinking. But you can try some ways to eliminate these self-destructive habits.

One way to try to stop overthinking is to practice meditation. Meditation can help you to focus on your thoughts and feelings. It can also help you to relax.

Another way to try to stop overthinking setting realistic goals.

If your goal is to stop overthinking, it is important to set reasonable goals. 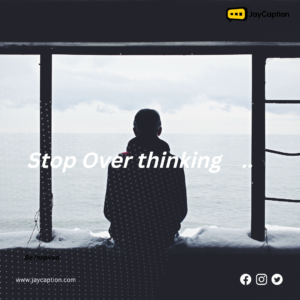 While “a small amount of self-deception isn’t bad,” “a lot of self-deception is really bad.” According to a study, people benefit when they simply shut out negative ideas, visualize themselves enjoying future accomplishments, or have a positive outlook on their abilities all of which tend to improve.

How to break your self-destructive habits of lying? here are some tips I have listed for you…

Hanging out with Bad influence

A lousy friend may be many things, but they usually cause mental and emotional exhaustion or an overall lack of well-being. Negative or extremely aggressive social interactions, according to research, might cause increased inflammation in the body.

What makes someone a bad influence? This person pushes you to make choices you may feel uneasy about or draws you into unhealthy situations.

Being Late to Schedules

Lateness is a horrible habit, and there are several reasons why you should break it right now. When you are often late for an appointment or function, you send the impression that you are inefficient, which undermines people’s faith in you. Lateness doesn’t inspire trust, and you’ll miss out on a lot of possibilities in life if you’re often late.

How do you break a self-destructive habit of being late?

A ‘cognitive distortion,’ or a persistent and unconscious pattern of thinking that is not realistic, is what is known in psychology as assuming the worst. It’s a propensity for negative exaggeration in this circumstance. Always thinking about the worst-case situation, you’ll most likely exaggerate little issues into major ones.

How do you fix self-destructive habits of Assuming the worst? 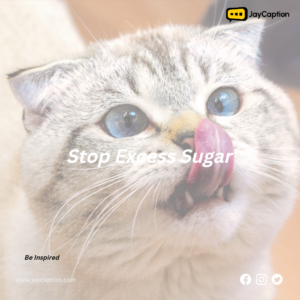 Adding too much sugar to your diet might have some detrimental health consequences. Excessive consumption of sweetened foods and drinks can result in weight gain, blood sugar issues, and an increased risk of heart disease, among other things.

However, too much screen time can be harmful: children who watch TV or use media for more than 4 hours per day are more likely to be overweight. Children who watch violent television are more prone to act aggressively and think that the world is dangerous and that something awful will happen to them.

How do you break the bad habit of Watching T.V. always?

Being A “Yes” Person

Saying yes avoids the reality of having to make difficult decisions. It’s a risky habit to get into. Even if you intend well, being people-pleaser harm you more than it benefits others. You’ve developed the habit of instantly responding with “yes!”

Some other examples of destructive habits or  behavior include;

Saying “no” to everything, making excuses, giving unsolicited advice, judging people, feeling entitled, talking instead of doing, going to bed super late, being addicted to scrolling, bringing your phones into every room, and checking your phone right when you wake up. Nevertheless, these habits are common among us, there are many reasons why these behaviors occur. Which could be either due to frustration, anger, provocation, gaining possessions getting out of a tough situation, raising self-esteem, or chemical influence. Eventually, no matter what the case may be breaking out of these self-destructive habits is what matters most. You can also find outand start adjusting your life to the good principles you deserve for it.

Breaking your self-destructive habits can be a difficult task, but it is possible with the right approach. The first step is to identify your triggers. What are things that make you feel bad, that you know are not good for you, and that you enjoy doing? Once you have identified your triggers, you need to find a way to avoid them. This can be done by substituting the negative behavior with an alternative, or by planning and avoiding those situations altogether. If you find that you still have trouble breaking your habits, it may be helpful to seek out professional help. There are a variety of resources available to help you break your self-destructive habits, and with the right approach, breaking them can be a reality.

8 Bad Habits to Stop, at the risk of Aging faster.

6 Interventions to Improve your Self-discipline

Examples of self-destructive behaviors include Physical harm or self-injury behaviors, such as cutting. Substance use and addiction, such as alcohol abuse and pathological gambling. Eating disorder behavior, such as binge eating or undereating. Sexual promiscuity or having unprotected sex.

Causes. Childhood trauma via s*xual and physical abuse, as well as disrupted parental care, has been linked with self-destructive behavior. Usually, behavior like this results from the lack of realization of healthy coping mechanisms

How do you know if you have self-destructive behavior?

Well, you don’t need to bother much with how to recognize Self-Destructive behavior. I will be listing some patterns on how you can go about it…

Not having the strength to commit fully to your day-to-day life.

You thwart personal or professional relationships.

Having a clue of all these should make you check yourself…